“On 1 June 2001, a Hamas-affiliated Islamist terrorist blew himself up outside the Dolphinarium discotheque on the beachfront in Tel Aviv, Israel, killing 21 Israelis,16 of whom were teenagers. The majority of the victims were Israeli teenage girls, whose families had recently immigrated from the former Soviet Union.” (Wikipedia)

One of the teenagers who came to that discotheque was Anton. He accompanied two girls, his close friends, who were sisters, and both died before Anton's very eyes. Anton was wounded and survived only due to the fact that another girl, whom he also knew well and who was taller than him, took the brunt of the blow and also died.

Anton was only 16 then, and to this day he can hardly cope with the guilt that overwhelms him. He blames himself for inviting those two sisters to the disco, and also for surviving, while they did not. According to many experts, these feelings are very common among survivors of accidents and terrorist attacks.

The guilt haunted Anton so intensely, that at some point he started having suicidal thoughts. He was afraid of the usual methods of suicide, so he decided that he would commit it with the help of drugs. All his attempts, however, were unsuccessful. Several times he took very large doses and passed out, but each time he was found and rescued. Then he decided to overdose in a place where no one would look for him, but still someone found and saved him. After that incident Anton started seriously wondering if there was Someone who protected him - first during the terrorist attack, and then from dying as a result of overdoses.

We met Anton for the first time when he was about 20 years old. By that age he had already become a homeless and hopeless drug addict. He started coming to Aviv Center and during one of the Bible readings there he heard a call to repent and felt as if someone was literally pushing him to step forward! After Anton had prayed the sinner’s prayer, he could not hold back his tears…

For some time after that day Anton continued to abuse drugs, but he did feel God started changing him from the inside. At some point, Anton and his girlfriend, who later became his wife, came to his mother's house and asked her to close them in a room and not let them out until they had gone through the withdrawals.

After that, Anton’s life began to change. He went to church regularly, got married, found a good job and had two children. Life was great until, sadly, he started gradually moving away from God and drinking a little. As a result, he eventually became an alcoholic, divorced his wife and lost absolutely everything. During all those years I kept in touch with Anton. One day he called me and said that he no longer wanted to live like that. I told him: "Leave everything and come to our rehab center."

According to Anton, the most difficult part of his rehabilitation is restoring his relationship with God. I think that anyone who has ever fallen away from the Lord will understand that. Recently I have asked Anton: “What does our rehab center mean to you?” - and he replied: “It has become my home!”

Please pray for Anton and his full restoration! 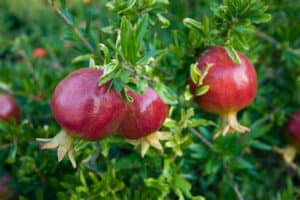 Battles and brokenness are all around us, but the beautiful thing is that the One who healed us is able to heal every broken heart.

What can you say to help an abused woman, embittered against God; or a man experiencing the horrors of war and loss; or a woman who, out of her own pain, is about to abort her child?

When the young Israeli Zahava* got married, she had no idea what she was getting into. Her husband was a religious Jewish man, and they had 10 children together. But unfortunately, her husband became violent toward her, she had to flee to a shelter for abused women, and ended up divorcing him.

One day she came across our Isaiah 53 video, and started an online conversation with our team member Steven. But at a certain point, the bitterness that was pent up inside her exploded: “God is not a God of justice, he is just like my ex-husband who is a controller…. My ex-husband and God are very good friends because they are both narcissists who love for everything to happen according to their own will. And now you say ‘only through Jesus can we be saved?’...There is no Messiah, no righteousness, and nobody that will save us. We are our own gods.”

“I'm sorry that’s what you experienced,” Steven empathized with her. “But the God you described is not my God and not the God of the Bible.” Steven shared his testimony of how God healed and comforted him, and how His grace is available to everyone through the Gospel. He continued, “God is offering you unconditional love. So turn to Him, ask Him if He exists and ask if Yeshua is the Messiah. God loves you, and He wants a relationship with you where He will heal you and give you peace and wholeness.”

We prayed for Zahava as a team, and we’re so grateful to you for all your prayers for salvation in Israel.

A week passed. Then suddenly we saw a public comment on our video: “What can I tell you, friends, you managed to convince me….” You can imagine our surprise when we saw it was from Zahava! Usually people never write that kind of thing publicly for all Israel to see – especially not someone who had been so adamantly against God just a week ago!

It turned out that after seeing our video and speaking with us, God brought another believer into her life who spoke with her more, and ultimately she realized that Yeshua truly is the Messiah and gave her life to Him! And she was very glad for us to connect her with local believers for discipleship!

More and more Israelis are starting to receive this revelation in the last few months:
• An ultra-Orthodox woman who read the New Testament and realized it is “the Word of the Living God”
• A Jewish Jehovah’s Witness policeman who spoke with us and realized that Jesus is indeed God – and surrendered his life to Him
• A man under house arrest who found our ad about “how to find atonement” then received Yeshua on the phone, and more.

Please pray that all the new believers would grow in the Lord and become disciples who make disciples.