The following update from Janet, one of our BIB partners in Haifa, was received just after our June letter went to print. We felt this was important and wanted to share it with you.

"Nevertheless you have done well that you shared in my distress. Now you Philippians know also that in the beginning of the gospel, when I departed from Macedonia, no church shared with me concerning giving and receiving but you only. For even in Thessalonica you sent aid once and again for my necessities.
Not that I seek the gift, but I seek the fruit that abounds to your account. Indeed I have all and abound. I am full, having received from Epaphroditus the things sent from you, a sweet-smelling aroma, an acceptable sacrifice, well pleasing to God. And my God shall supply all your need according to His riches in glory by Christ Jesus." Philippians 4:14-19

Shalom from very eventful Israel! This verse always makes me think of you all in your generosity and kindness to us who serve the Lord in Israel! The Lord sees and knows!!!

As I started to write this letter, it was May 13th and rockets had been raining down on Israel's south and center from Gaza, from the border, to as far as Tel Aviv. As of this day, well over 1000 rockets had been fired at this country in 48 hours. (At the end of the 10-day outbreak, it was well over 4000 rockets!!) Riots had broken out all over the northern cities in support of the terrorists group Hamas.

Here in Haifa, one short block from where I work, 100s of Muslim youths had been gathering and rioting for two nights in the very popular German Colony. Molotov cocktails had been thrown at businesses, residences and passing cars. Our head of the home where I work stayed up all night on the worst night watching out for fires, because his neighbor's home had been hit. One of our large garbage bins was dumped and torched. Piles of tires were burned just up the street. Night duty workers had to take the bus to work for fear of being attacked in their cars. These rioters were not residents of Haifa, they were bused in by local radical elements. It was a very tense time, and I am glad it’s over. By May 21, it all calmed down in Israel with the ceasefire! So far, it holds...

May 31 - Now we have a new major prophetic event: BIBI IS OUT! A new "change" government is in, after 12 years of Netanyahu! Things are setting up quickly and God is moving fast! We are truly seeing birth pangs coming closer together, and I wonder if the next one will be stronger than the last, and how shocking!

"Daniel answered and said: “Blessed be the name of God forever and ever, For wisdom and might are His. And He changes the times and the seasons; He removes kings and raises up kings; He gives wisdom to the wise And knowledge to those who have understanding. He reveals deep and secret things; He knows what is in the darkness,
And light dwells with Him." Daniel 2:20-22 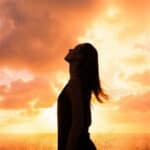 I truly believe Jesus is coming for His bride ANY DAY NOW!!! The signs are too obvious! Israel is the gauge of where we are on the prophetic time clock, so let us keep watching and looking up! May God bless you all and may He call us all UPWARD to gather together with our Bridegroom in the clouds!

In the name of Jesus, Janet

Shalom Blessing Israeli Believers!
Just in the past few days we’re experiencing a whirlwind of God’s Spirit moving in people’s hearts and bringing breakthroughs, healing, and salvation! There are so many stories we can’t share them all, but we pray these highlights will encourage your faith!

Miracle Breakthroughs at the Friday Outreach
I had the privilege of going out with our newest team member, Rene, on our latest outreach to the poor on Friday. Rene is a gifted evangelist and has a heart full of compassion for the lost. She can share the Gospel in Hebrew and Russian. She’s answering our Pro-Life and Gospel helpline part of the week and is also involved in our outreaches and follow-up.

On the way to our first house we saw a man with a broken arm, and offered him prayer. His arm was hurting at the moment but when we prayed in Yeshua’s name the pain suddenly left! He was quite amazed and very open as we shared the whole Gospel with him. He gave his phone number and would love to meet with us to talk in more depth. As we were leaving we saw him walk over to his friends and excitedly share how Yeshua had healed him!

At the first house the lady there, Olga, is a new immigrant to Israel going through many challenges. When we shared the Gospel with her she was so touched she was almost in tears and said that she definitely wants to talk about Yeshua in more depth. We told her about a Russian-speaking home group in our congregation and she was excited to join!

On the way to the next house, a young woman called and Rene answered. She said, “I just found out yesterday that I’m pregnant and I really don’t know what to do. I started thinking about an abortion but then I actually decided to look up on Youtube ‘why not to get an abortion.’ I found your video and you said you could help people with unplanned pregnancies.” Rene responded, “You came to the right place!” She talked with her in more depth later and Rene connected her to a Pro-Life counselor in her area who said that they already met and had a wonderful talk.

Another team shared the Gospel with a man named Ivan and then asked if they could pray with him. He agreed and during the prayer he started to weep. He said, “What is this I’m feeling?” They answered, “It’s the Holy Spirit!” He was deeply moved by God’s presence there and they could tell that he is very close to receiving Yeshua!

Please pray with us:
•For hearts of stone to be removed and replaced with hearts of flesh.
•For the 1000’s of Israelis who’ve contacted us because of the Pro-Life and Gospel Campaign.
•For all new believers that they would agree to meet for regular discipleship and grow in their faith.
•For wisdom, direction, anointing and unity as we work with others to create a discipleship program that could help many congregations in Israel and abroad.
•For clear guidance in the next steps for evangelistic videos and the Pro-Life and Gospel Campaign.
•For protection, health, and good sleep for all our team members and their families.

Many blessings in Messiah!
Ariel and Shayla Hyde on behalf of our ministry team