About Chaplain John McTernan
John co-founded Blessing Israeli Believers in 2008 after recognizing the Biblical Mandate to Bless the Believers in the Land. 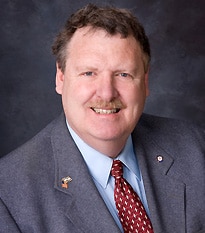 John McTernan, founder of Defend and Proclaim the Faith ministries, has spent thousands of hours with Jews and Muslims debating and corresponding in defense of the Gospel.

During numerous appearances on television, radio and in seminars, he has publicly defended Israel in light of Biblical prophecy. His current best selling book is As America Has Done To Israel.

Since 1975, he has been involved with the Pro-Life movement and is currently a Pro-Life leader in central Pennsylvania. And, in the early 1980's, he co-founded International Cops for Christ where he serves as an ordained chaplain and evangelist.

John founded Blessing Israeli Believers in 2008 after recognizing the Biblical Mandate to Bless the Believers in the Land. His love for the Jewish people is profound and a product of the love of our Father demonstrated through the Jewish Messiah Jesus. John prays that the entire body of Messiah will participate in this apostolic, prophetic, end times ministry. It is apostolic because of the mandate given through the Apostle Paul. It is prophetic because it has been out of existence since the second century, but now according to the prophetic scriptures, the Jewish Believers are back in the Land! Most importantly, it is end times because this all is in the context, and points to, the second coming of Adonai Yeshua (Jesus Christ) to rule and reign from Jerusalem!