A Note From Co-Founder Dov Schwarz

The Fig Tree Continues To Put Forth Leaves

“Now learn this parable from the fig tree: When its branch has already become tender and puts forth leaves, you know that summer is near.”
(Matthew 24:42)

Many signs that point to Messiah Yeshua’s return to Jerusalem are leaping off the pages of the Bible! Yet, at the center of those signs, around which the others orbit, is the Fig Tree, which is Israel (Joel 1:6,7). After living in Israel this “Fig Tree” parable is so much more understandable. 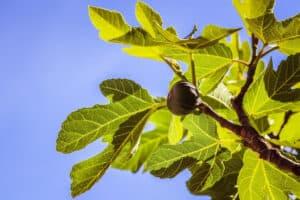 Like many Israelis we had a fig tree in our front yard. Fig trees put forth leaves with no fruit in the springtime. This tells us that summer is near when the figs show up on the branch. So it is with Israel in that “the Fig Tree” has become a nation again having been physically birthed in these modern times (leaves but no fruit).

What is the only way to have the fruit of the Holy Spirit? Messiah Yeshua (Jesus) is the way, the truth, and the life and nobody comes to the Father—and receives the Holy Spirit new birth—but by Messiah Jesus (John 14:6, John 3:3, John 7:39)!

The LORD’s prophetic plan is to bring Israel back from the nations and physically re-birth the Promised Land. He has and is doing that right now as He continues to bring Jewish people back to their homeland. They are coming in from Ukraine, North America, France, England, South America, all over the world! Next, through the seven-year tribulation He will bring forth a surviving remnant that will all be saved as Israel is collectively born again!

“For I will take you from among the nations, gather you out of all countries, and bring you into your own land. Then I will sprinkle clean water on you, and you shall be clean; I will cleanse you from all your filthiness and from all your idols. I will give you a new heart and put a new spirit within you; I will take the heart of stone out of your flesh and give you a heart of flesh. I will put My Spirit within you and cause you to walk in My statutes, and you will keep My judgments and do them. Then you shall dwell in the land that I gave to your fathers; you shall be My people, and I will be your God.”
(Ezekiel 36:24-28)

“For I do not desire, brethren, that you should be ignorant of this mystery, lest you should be wise in your own opinion, that blindness in part has happened to Israel until the fullness of the Gentiles has come in. And so all Israel will be saved, as it is written:“The Deliverer will come out of Zion,And He will turn away ungodliness from Jacob;For this is My covenant with them, When I take away their sins.”
(Romans 11:25-27)

Though national revival—the eternal fruitful summer—does not come until the physical return of Messiah Jesus to Jerusalem, still an earlier remnant of grace has been receiving Messiah since His resurrection so many years ago (Romans 11:5). Until then, please join us in praying for and supporting our precious Israeli believing partners who are reaching Israelis today with His gospel and discipleship!

In His service, Dov Schwarz 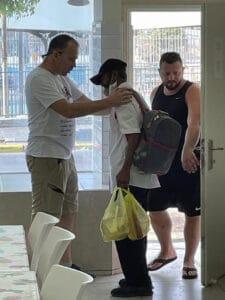 Sergei’s Story: One day a neighbor asked me if I wanted to sell the van he had seen in my parking lot. I explained that the van was not mine, but belonged to our rehabilitation center. When the neighbor heard about the latter, he got very interested and asked if we could get one of his employees, whom he valued very much, into our rehab program. This is how Sergei came to us.

Sergei was born in the Soviet Union, grew up without a father and lived with his mother in a neighborhood full of criminals and drug addicts. The mother worked a lot, so Sergei was brought up by the street that supplied very problematic role models. He started drinking and smoking very early, committed various petty crimes, and by the age of 14 had already become a drug addict.

Still, Sergei had another very interesting hobby. The father of one of his teenage friends was a believer. His son used to steal from him sheets of handwritten parts of the Bible and read them regularly with Sergei and other guys in a basement. Here you need to understand that it was back in those days when communists were still persecuting Christians, and Bibles were not available, so the believers copied them by hand. Sergei liked reading the Bible. Ever since he could remember, he had always believed in God. His faith, of course, was very primitive, but it was still faith.

At the age of 16, Sergei saw a vision, in which Jesus was calling him to Himself. Since then, as Sergei recalls, he began to gradually change, or, to be precise, something inside him did: outwardly, he still remained the same criminal and drug addict, but something in his heart started strongly opposing this way of life, he did not enjoy it anymore… When Sergei had turned 20, he began to periodically attend a church and one day he met a friend there, who once was a drug addict too, but then became a believer and a manager of a rehab center. Sergei asked if he could start a rehab program there and soon he fully dedicated his life to God. For the next ten years, he was very active in the ministry and participated in everything he could. All he wanted was to serve God. Sergei also really wanted to grow, so he finished a Bible Institute and participated in many other Christian programs and seminars.

Then, sadly, Sergei fell and returned to drugs, and kept struggling with this problem for the next 20 years, but without any long-term success. In this condition, Sergei came to our Rehab Center, and he has been living with us for 4 months already. Recently I have asked Sergei what our Rehab means to him. He replied: “It is my family”. I also asked him what had changed since he came to us, and he said: “I have got the will to live again”.

Let's pray together for Sergei! 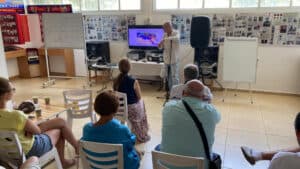 New Immigrants: Eduard keeps working with new immigrants, and more and more people hear about him and turn to him and his helpers for assistance. Recently he organized two seminars on the history of Israel (Biblical and modern), which were attended by more than a dozen new immigrants. They liked these meetings and got very interested in the topic. When Eduard tells the immigrants various facts about ancient Israel, many ask: “Where have you read about all these things?” Such questions give Eduard a great opportunity to hand them a Bible! Please pray for all the families he is in touch with.

Thank you for your care and prayers and may God bless you abundantly,