Last month our letter was about our Savior’s identity as the Passover Lamb. This month His identity unfolds as the First Fruits of the Resurrection!
The Passover season began with the first night of Passover and progressed through the seven days of Unleavened Bread. Traditionally, often the two are combined calling it one holiday—Passover. The holiday called First Fruits falls within that seven days.

“And the Lord spoke to Moses, saying, “Speak to the children of Israel, and say to them: ‘When you come into the land which I give to you, and reap its harvest, then you shall bring a sheaf of the firstfruits of your harvest to the priest. He shall wave the sheaf before the Lord, to be accepted on your behalf; on the day after the Sabbath the priest shall wave it. And you shall offer on that day, when you wave the sheaf, a male lamb of the first year, without blemish,
as a burnt offering to the Lord.”(Leviticus 23:9-12) 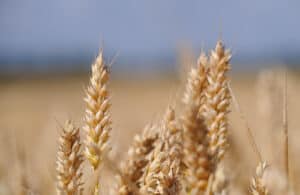 Israelis were to bring the first and best of their spring barley harvest for sacrifice to the LORD. It was a way of acknowledging the LORD of The Harvest and expressing their faith in Him to bring the rest of the harvest. Our Heavenly Father sets a great example by giving His First and Best to be the sacrifice for our sins.

Then, on the third day of Passover week the Lamb of God rose from the grave on First Fruits—the first day of the week after the Sabbath—Hallelujah! He is alive! And that Messiah Yeshua (Jesus) is alive points to the rest of the harvest!

But now Christ is risen from the dead, and has become the firstfruits of those who have fallen asleep. For since by man came death, by Man also came the resurrection of the dead. For as in Adam all die, even so in Christ all shall be made alive. But each one in his own order: Christ the firstfruits, afterward those who are Christ’s at His coming. (1 Corinthians 15:20-23)

Every Jew and Gentile, except for Messiah Jesus, was born into this world
“in Adam.” This category includes sin, condemnation, separation from the LORD in this life, and then eternity in the lake of fire. Yet, when we receive Messiah Yeshua as Lord and Savior we are re-categorized—declared righteous by our Heavenly Father! We are placed into the eternal category of being “in Christ”!

“Therefore, if anyone is in Christ, he is a new creation; old things have passed away; behold, all things have become new.”(2 Corinthians 5:17) 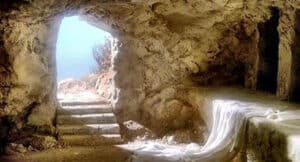 What makes this possible? Yes, the cross of Messiah Jesus, but the power of the cross is only made possible by the reality of the Resurrection! And our Savior is not only alive—He is alive in we who are born again! Not only that, one day He will bring those from their graves, and those who are alive and remain to eternal glory—in glorified and eternal bodies!
(1 Thessalonians 4:16-18)

So be encouraged—because Messiah Yeshua (Jesus) is alive—you and I are alive—and it will be worth it all when we see Him!
Dov Schwarz 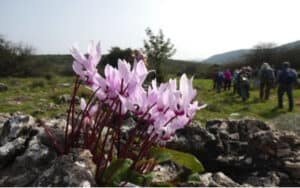 With the easing of restrictions, hundreds of Israeli young people headed out to hike the Israel Trail. For over a year these young Israelis have been grounded and unable to travel abroad to go trekking and traveling. International travel is still restricted so the next best place to go is the Israel National Trail.

My good friends, John and Judy called to tell me that their Youth Hostel in Eilat was bursting at the seams with eager Israeli hikers and could I come to help. This was an offer I could not refuse! Their Youth Hostel is at the southern end of the Israel Trail and they offer a free night to all those starting in Eilat. The Youth Hostel is called The Shelter and for decades it is known as a Messianic Center. 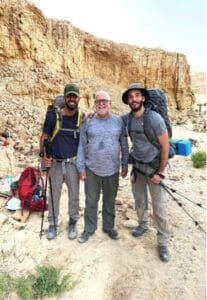 Rearranging my schedule was not difficult since we were coming out of a lockdown. So I drove the 300 miles to Eilat to help out for 5 days. They wanted me to be available to talk with these young enthusiasts about my adventures on the Israel Trail and more importantly, weaving in conversations about the Messiah Yeshua. Both of these points of conversation are my favorites and I was able to do a lot of this when I was in Eilat.

Of course, I had to go out on the Israel Trail for a two-day hike. Out there in the field I met up with several of the people who I had spoken with at The Shelter. Everybody’s comments were: “Efraim, how did you get here?” They couldn’t believe that I had hiked for two days in the desert. Hopefully some of them will remember the testimony of hospitality that they received at The Shelter and the witness of the love of Yeshua.